H.R. Giger was a Swiss set designer, artist and sculptor he worked on such sci-fi flicks as Alien, Dune, Species, and Poltergeist 2. Giger won an Oscar for the “Alien“ in 1980 and soon after purchased the beautiful Château St. Germain in the 400 year old historic, walled city of Gruyères in Switzerland. Giger opened the H.R. Giger Museum in the chateau in 1998.

I didn’t know about Giger or his museum until we stumbled upon it in 2017 near the end of our  vacation. The museum houses an impressive collection of Giger’s paintings and sculptures, furniture and film designs. Giger’s extensive art collection is displayed in an upstairs Gallery. He described his work as “biomechanical”—most typically monochromatic, disquieting sets of images that blended the living and the mechanical together, often with sexual or fetishistic overtones. A very good description by the way.

An uphill cobblestone street takes you to the beautiful Chateau in the heart of the village. All very Swiss with shops and restaurants on both sides of the street, crisp fall weather and the smell of Fondue. A lovely walk. But, inside the Chateau gates, I was stunned by a full-sized alien perched outside the H. R. Giger Museum. Had I passed into the fifth dimension of imagination into the Twilight Zone? It sure felt like it.

What is this thing doing here and who is Giger, I asked my husband? He didn’t know and he’s Swiss. Other travelers looked as confused as we were.  Devotees rushed into the museum, the rest of us lingered outside. Cameras snapped. We Googled Giger and gingerly entered the museum fully expecting an Alien to jump on us.

To the right of the museum entrance, a gun sculpture about reproduction (I think) held my attention. What a distribution system…bullets with baby aliens inside loaded in a gun. Imagine that in real life. No, don’t!

Across the street, the Giger Bar was closed but I could see inside. Travel guides described it as a cavernous, skeletal structure covered by double arches of crisscrossing vertebrae. Apparently, it’s like being in the belly of a fossilized, prehistoric beast, or that you have been transported into the remains of a mutated future (like I said, the Twilight Zone). Creepy but cool at the same time.

I was disappointed the bar was closed, would have liked a photo of me drinking a Bloody Mary with an Alien crawling up my back. If you’re planning a trip to Switzerland be sure to stop by Gruyères for the best fondue in Switzerland and the H. R. Giger Museum, aka The Twilight Zone, for the sheer fun of seeing scary stuff up close.

Bio:  Hans “Ruedi” Giger was born in Chu, Switzerland in 1940 and died from injuries related to a fall in 2014. He developed his “biomechanical” style during the mid-1960s while studying design at the School of Commercial Art in Zurich, first working in oils on canvas. Later, he moved on to working freehand with an airbrush—the style of painting with which he is most solidly identified. Giger studied architecture and industrial design in Zurich, before beginning a successful career in art and interior design from the mid-1960s onwards. (from Arstechnia 5/13/14)

View all posts by jvcbohren18 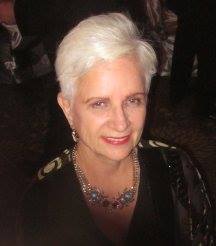